Amazon - Visa credit cards will not be accepted, starting 19 Jan, 2022

I wonder if Visa will roll over and give the “interbank” + 0.1% rate or whatever amazon have asked for

and have amazon said it is for sellers fees as well - the only email I had was as an Amazon retail customer.

There was a promotion the other month for customers to enroll Mastercard as their preferred payment method and the Amazon affinity card is American Express.

Thanks. I better get on the phone to HSBC then…

I’m sure they will inform us in good time to ensure we can get an alternative payment method in place.

Whilst that is a good point, more importantly I think this will be the death knell for many 3rd party sellers - 50% of the customer base will be gone overnight and thus sales plummet.

Santander changed their Visa debit cards over to Mastercard last year too. Mastercard must be loving it!

Whilst that is a good point, more importantly I think this will be the death knell for many 3rd party sellers - 50% of the customer base will be gone overnight and thus sales plummet.

I have little doubt that Amazon have worked out the figures on this. They wouldn’t chop off 50% of their revenue stream. They are confident that the vast majority of customers are not solely dependent on Visa Credit or that Visa themselves will blink and allow the rates Amazon are demanding.

I have a VIsa credit card, hubby a Mastercard, so either he can shop for me or I will shop elsewhere. Simples - and I think many will do the same. The machine has got too big for its boots

I suspect this is more about your customers…

and have amazon said it is for sellers fees as well - the only email I had was as an Amazon retail customer.

I’m sure that will be coming, And I wonder when we are forced to change our charge method will that trigger re-verification for potentially hundreds of us? Jeez you couldn’t make it up

I would imagine most buyers like myself have more than one card and will simply change to a debit card or mastercard alternative.

There has been a general move of banks away from Visa over the last year so this may not be too devastating for sales. The two banks I use(One business, One Personal) have both been converting over to Mastercard this year.

Yes. RBS notified me weeks ago that their Visa debit card will be changing. Their credit cards are already MasterCard anyway

It is real it was just on the news. My husband also got the email

Given that it’s not just Amazon ringing the changes with Visa, it might be a case of using muscle to back Visa into a corner. Apparently, their fees for credit card transactions are higher than all of the other major systems so it might just be a case of applying the thumbscrews. It is worth bearing in mind also that it is Visa credit cards, not debit cards which are affected 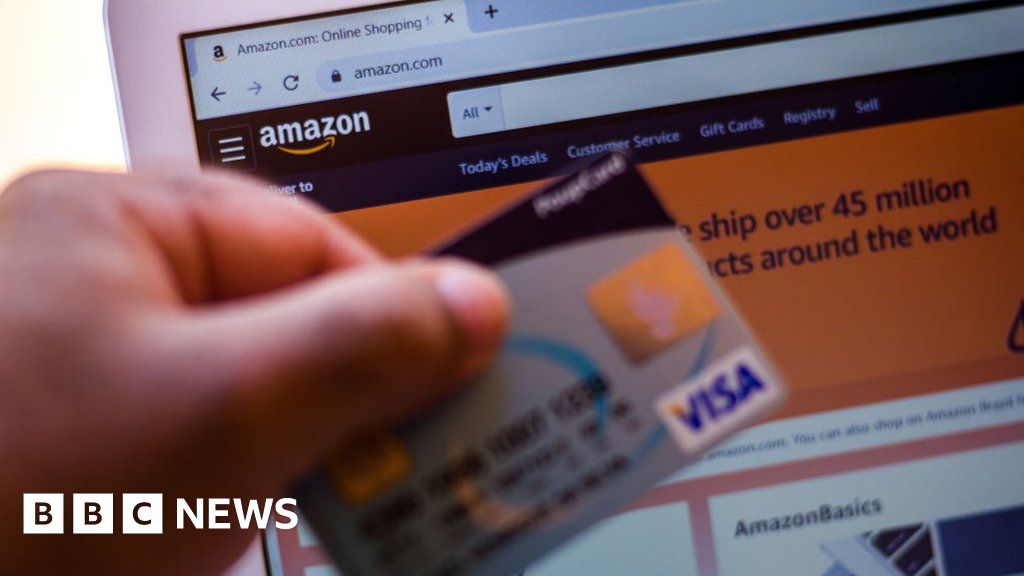 I find it more than a bit rich that Amazon are complaining about having to pay high fees when their own seller fees are extortionate.

when their own seller fees are extortionate

I don’t think they’re extortionate; higher than most would like, maybe. They are comparable with other platforms and it’s the swing and the roundabout, depending on what you sell. Sometimes it’s a bit cheaper on other places and sometimes it isn’t. We all would prefer to pay less in fees but then none of us have had to shell out billions to make these companies what they are today. At the end of the day, everybody has to make a shekel or two.

All our stuff is now FBA and, on average, we get half the proceeds and Amazon gets the other half. Amazon has their costs from their half and we have ours from our half. Perfectly fine for doing no work other than preparation and sending boxes to FC’s.

Everybody has to make their own choices, of course, based on their own particular circumstances

due to the high fees Visa charges for processing credit card transactions.

Oh the irony of Amazon, who charge high fees, throwing their toys out of their pram because Visa are charging high fees.

All in preparation for the start of Crypto payments

One would also assume it may affect any sellers who have a UK Visa credit card as a backup payment method for fees.

I hope not. I’m quite happy if it cost them more to process my Visa card.

It’s not like they’ve done anything to reduce my costs lately.

I am guessing that the high charges that Amazon are moaning about are to do with the fact that when you buy on Amazon UK you are actually paying Amazon Luxemburg due to their convoluted tax avoidance way of doing things and so a cross border fee is due. Perhaps if we were paying the UK company instead this nonsense wouldn’t be happening

I received the email with the header but lacked the content. I wonder how many other customers dismissed it as a scam or worried about it and haven’t seen news coverage.

It’s annoying as my only credit card is Visa and HSBC imposed a change from Mastercard many years ago.